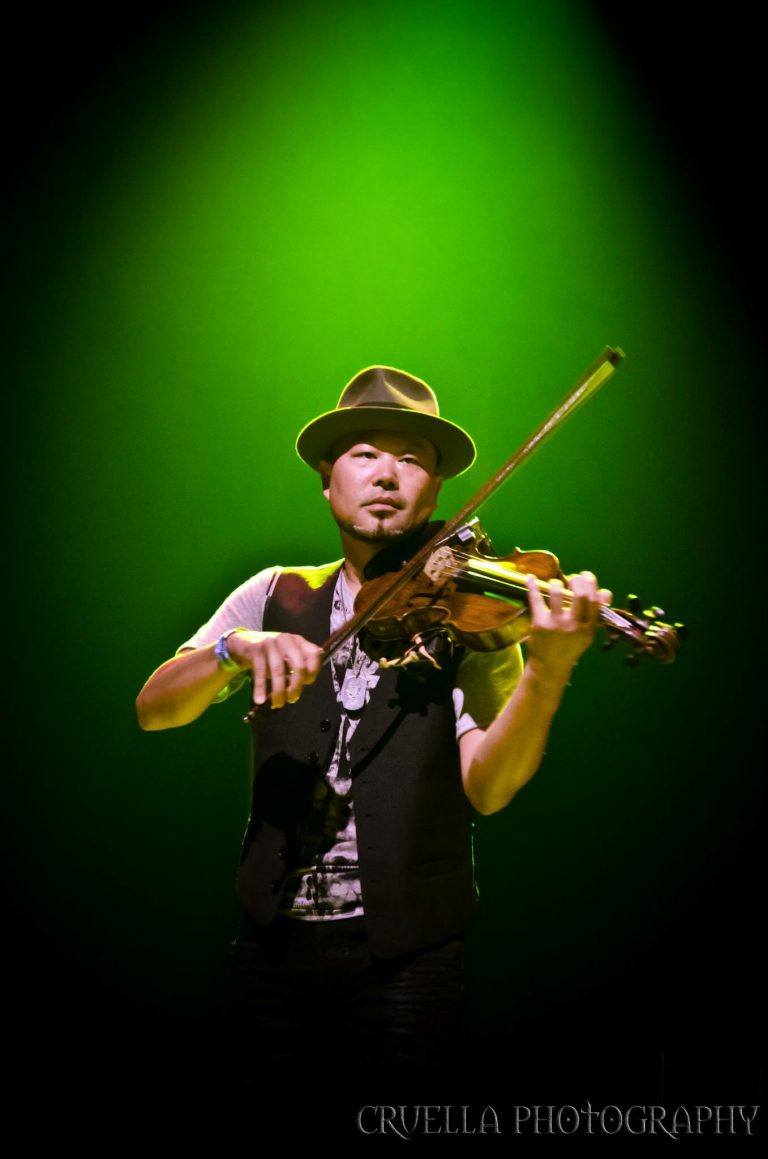 I am a Japanese native who picked up violin at the age of 4. When I moved to Oregon as a foreign exchange student at 15, I found freedom in music. My choice of music was restricted to classical in Japan but in the US, I was introduced to pop, rock and soul by my American brothers.

I went to Berklee College of Music majoring in audio engineering and violin performance. I learned jazz (including improvisation) but outside of school, I was exploring genres like folk rock and Celtic music. During that time, I also started arranging strings for band projects and playing electric violin. After graduating, I attended the Henry Mancini Institute summer program at UCLA. I was one of a few violinists who could improvise so I was soloing with jazz combos and coaching other classical string players.

I’ve been in Los Angeles nearly 20 years. I’ve worked with artists ranging from classical, jazz, bluegrass, metal, and hip hop. I’ve performed on stage and in the studio with major
artists, arranged strings for over 1,500 songs, and I’m regularly in the studio recording myself and others.

I perform acoustic on standard violin and viola. I also play electric violin (5-string) and an acoustic 5-string (hybrid violin/viola).